Adelaide is another contender for the World’s Most Liveable Cities index by The Economist, making it to the top ten. It’s an easy-going city surrounded by parks and awash with culture as the many museums, theatres and galleries will testify to but don’t be fooled by the laid back temperament as one of the adopted names of South Australia is ‘The Festival State’ and boy, do they know how to throw a party! There is the Fringe Festival, SALA, OzAsia, Film, Feast, Cabaret, Arts, WOMADelaide and many more besides! But for now, let’s go behind the scenes to discover what it’s really like to live in Adelaide.

Adelaide is classed as having a ‘Mediterranean climate’ which basically means that you get very hot and dry summers but the winters are less harsh than in some parts, mainly just cool and wet. This is definitely a city for sun-lovers! In the summer it can get as high as 40° but is usually around 30° and in winter it hardly gets cold enough for frost, apart from in the hills, with temperatures rarely dropping below 8° and averaging at around 15°. The wettest months are June to August.

Adelaide Zoo has become a huge hit since the arrival of two pandas in 2009 and it remains on top of the places to visit in Adelaide. The zoo also has over 1,800 other animals to visit in around 8 hectares of parklands and botanical surroundings.

Adelaide Botanic Gardens is another must-see attraction comprising 51 hectares of beautiful gardens that occupy the north-east corner of the city.

Also on the list is the Central Market which sells all manner of fresh produce and delicious grub; Glenelg for the sandy white beach and the chance to swim with dolphins and of course the world famous vineyards of Barossa!

Adelaide is a fairly cheap place to live as far as housing goes, with the average house price somewhere between $370,000 and $390,000 (£240,000 – £253,000). As winters in Adelaide are so short and rarely very cold, most houses don’t have insulation and are single glazed. If anything you’ll need air conditioning for the long hot summers!

According to The Sunday Mail, areas to the north and north-west of Adelaide are the least desirable, perhaps because of the higher unemployment rate but generally there really isn’t anywhere in Adelaide that is not desirable with perhaps the coastal regions of Glenelg and Brighton making up the top spots.

The Adelaide Hills are also popular places to live because of the spectacular views and the fact that it’s a few degrees cooler in the summer. The towns in the Hills were largely built by German settlers and some of that Germanic influence is still to be seen in the architecture and culture.

Adelaide City Council provides more information on events in and around the area as well as jobs, housing and local news. 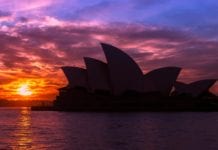 An Expat’s Guide to Montreal