For those relocating to Cyprus with families, education will be an important factor in making your decision. Regardless of the age of your children, you’ll be wanting to ensure they receive a similar level of education to the one they would have received back home. Here’s a look at how the education system functions in Cyprus.

An Overview of the Schooling System

The schooling system in Cyprus is still something that is currently going through development – however it is improving. When moving the family to Cyprus, parents must first make a decision for their children – should they send their kids to private school, or let them study in the public system?

Ultimately, the main difference is that many of the private schools cater for international students and are therefore available in English. However, a private education for your children does come at a cost, so you’ll need to weigh up what is more important. An education through the public system will be much cheaper, but English may not be as widely spoken and the quality of education may also not be up to the standards that you are used to.

Primary education is compulsory for all children that have reached the age of five years and eight months. Primary school lasts for six years and is based on the National Curriculum to ensure that students throughout the nation receive the same education.

Prior to primary school, it is now also compulsory for each child between the ages of three and six to complete one year of pre-primary education. This is a system put in place to prepare children for the next few years in their lives and to avoid the shock of suddenly attending school five days a week.

Secondary school in Cyprus is offered to all children finishing primary school. It runs for six years (from ages 12-18) – but it is only compulsory up until the age of 15. Often, the students that remain in secondary school until the final year will continue on to university, while those who drop out will be offered the chance to apply for the apprentice scheme to learn practical skills for a wide range of alternative career paths.

The number of higher education students in Cyprus has increased significant over the past few years, with many international students choosing to move to Cyprus to complete their studies. However, before you or your children decide to apply for a Cypriot university education, it’s important to do your research. Not all universities in Cyprus have external reviews completed of their examination system – and hence, students who have completed their education in these facilities will find that their qualifications are unfortunately not recognised outside of the country.

Though Cyprus may not be the same educational experience that your children would receive in the UK, and there are several areas needing improvement, it can still be a more than satisfactory place to bring up your children. Do some research, talk to the expat community and you’ll learn how to provide your children with the education they deserve. 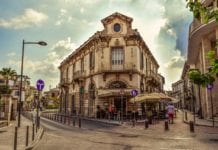 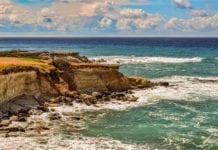 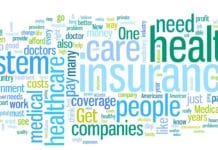 Pros and Cons of Living in Japan