The cost of living in South Africa is fairly reasonable when compared to some other western countries. In fact the 2012 Mercer rankings put Johannesburg in 154th place and Cape Town 179th. Compare that to London which came in at the 25th most expensive place to live.

Like most global countries the South African currency, the rand has fallen which is why the cost of living would appear to be so cheap. Don’t forget though that when you are living and working in South Africa you will also be paid in that currency so the living is only cheap if you are on a decent enough wage.

Yet most expats seem to live fairly comfortably and hiring domestic help is considered quite the norm and quite affordable. Drinking and dining out along with other leisure costs are also reasonable.

Obviously the currency is going to vary considerably not just year to year but month to month. At the moment the rand is quite weak against the pound and dollar so as of December 2012, 1 South African rand is equal to 0.0720 British pounds sterling.

For an accurate and up to date currency, see the Universal Currency Converter.

One of the biggest supermarkets in South Africa is the Pick n Pay and this will give you a good idea of how much your groceries and other products are likely to be. For example here are a list of basic grocery items from the Pick n Pay website:

Petrol prices in South Africa have been rising lately and the rises are set to continue. Right now petrol is cheaper on the coast than it is inland because of additional transport costs. Petrol prices on the coast are R11.87 whilst inland they are R12.20. That means for a 60 litre tank it could cost nearly R700.

Electricity costs are rising and are expected to rise by as much as 16% in March 2013. According to numbeo.com, the average 85m2 apartment uses R1,000.00 worth of electricity, gas and water. Central heating is considered a costly luxury and really isn’t used that much at all.

For a more comprehensive guide to the cost of living in South Africa see the Numbeo.com website which also details eating out, clothes and leisure activities. 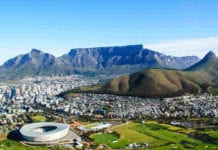 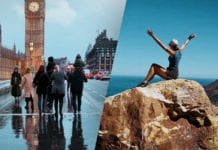 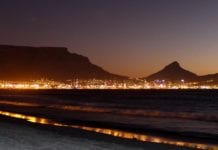 A Guide to Studying in the US for UK Students

Moving to New Zealand – A Guide for Expats