Thousands of UK expats who were granted residency in Australia before 2005 under the so-called retirement visa, have found themselves stateless and in limbo.

Known as the retirement visa, any Brits who moved to Australia before 2005, were over 55 and had private health insurance, and could prove financial self sufficiency, were eligible for this type of temporary visa. According to the British Expat Retirees Australia (BERIA) group, by June 2013, 3,000 British citizens held this visa out of a total of 5,500. Some of these retirees have died and others moved to other countries, but there are still many expats who want to stay in Australia.

The pensioners are simply asking that anybody who has lived in the country for more than a decade be allowed to remain in Australia as a permanent citizen. In response to the pleas of the “410” visa holders, the Australian Department of Health has stated: “The 410 visas have always been intended for persons who intend to reside in Australia without wishing to become a permanent resident.” The Department added that “these people (should not) be a burden on Australia’s health and social welfare systems.” The expats have never been reliant on these systems.

In response BERIA states that the expats have “cost Australia nothing, but all contribute financially and socially to the country.” This group of expats had to take financial, character and health checks before gaining a 410-retirement visa. The expats are also only eligible to take out visitors’ health insurance, rather than cheaper Australian health insurance, which is available to all who are classified as permanent residents. Most of this group of expats are over 64. Their plight has drawn the sympathy of the MP for Western Australia Ian Goodenough, who promises to back a private member’s bill due to be heard by both houses of the Australian parliament.

Words to the Wise

At the time of receiving their temporary visas the UK expats all believed that they would be allowed to remain in Australia and apply for permanent residency. If you are thinking of relocating to Australia, it’s imperative that you read the terms of any visa that you could be granted. The last thing anyone wants is to be facing a retirement compounded by worries and fears for the future, as a result of not being aware of all the terms and conditions of their visa. 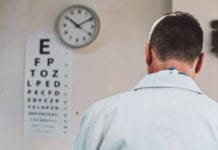