This is in line with the province of B.C.’s efforts to improve the international education sector, which is considered as one of eight sectors that the province is currently focusing on. The province of B.C. has been putting significant investments into these eight sectors, and the announcement of the $5 million grant is the latest in a string of activities targeted toward this goal.

The $5 million grant will be provided to fund scholarships and research internships for international students. As part of the grant, the government will give $700,000 to a program specifically formed to attract international students into doing research internships at universities in British Columbia and to provide continuous support to these students. A huge part of the grant reaching up to $2.3 million will then go to a program designed to help graduate students from both British Columbia and overseas join research internships in the said province. Both programs will be supported by Mitacs, a non-profit research organization based in B.C. and has a special focus on the academia.

Aside from the $5 million grant that was announced, the Canadian government is also considering making revisions or adding new legislation and regulations on the manner in which the country is attracting students from abroad. Part of this initiative is a marketing strategy that will promote British Columbia as an education destination among students abroad. This new campaign as well as the scholarship and research internship grant offered by the government will therefore make entry to Canada easier for students who wish to study abroad.

The announcement of the grant for international students in British Columbia is not the first attempt by the province to bring in more students from overseas. Canada, particularly the province of B.C., is currently one of the best destinations for students with the desire to pursue their education in a different environment. Individual educational institutions in Canada are also offering scholarship and financial aid for international students, aside from the help and assistance offered by the government.

So if you are a student who are planning to study in British Columbia, the next four years will therefore be the perfect time for you to pursue your plans.

And for all your international shipping needs, you may enlist the help of 1st Move International. They are an experienced international removals company dedicated to providing an excellent and reliable service at affordable rates. 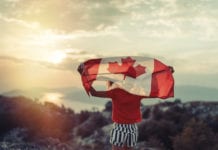 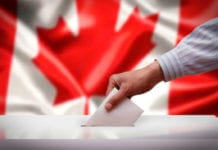 How Does the US Tax System Work?