For those planning on moving to New Zealand or move there to work, the government have just made the entire process easier and more convenient. The recent announcement of the expansion of online visa applications is aimed at speeding up the overall process of obtaining a visa to enter NZ. Michael Woodhouse, New Zealand’s Immigration Minister, spoke out about how he believed this new online system was an excellent piece of news for people all over the world who are planning to apply for visas through Immigration New Zealand, and how he felt that this new process would attract more tourists and workers to the country.

Last year in August, student visa applications for NZ became available for online application, and the results have been fantastic. The success of this scheme has led to the development of a new ICT system called Immigration ONLINE, which will now let even more visa applications be submitted online. The idea was to create a system that utilised the latest technology to deliver better and speedier service to customers. The program also hopes to boost two of New Zealand’s most important export industries – tourism and education, by making it far easier for people to apply to participate in them.

The new system also allows third party partners of Immigration New Zealand, like immigration advisers and lawyers, to lodge online visa applications for their clients. Education providers and employers as well are now able to help students and employees with their online applications.

eVisas are now also available for onshore Work and Visitor visa applicants who hail from visa waiver countries. These label-less, passport-less visas will be made available in stages, with the next stage being set to appear later this year. It’s all part of a concerted effort to guarantee those moving or travelling to New Zealand, a smoother and easier visa application process.

With all of these new moves, 60% of visa applications to New Zealand are now able to be made online, and this will be expanded to 80% after an additional investment of $28.4 million from the 2015 budget. With this extra funding, New Zealand hopes to be able to allow families and tour groups to apply online under a single visa, as well as offering increased automation that will allow applications to be processed anywhere around the globe, which should dramatically cut processing times.

So, for anyone making moves towards relocating to New Zealand – simply get online and get applying! 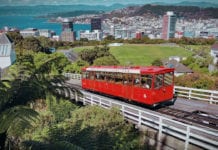 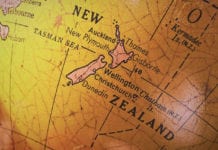 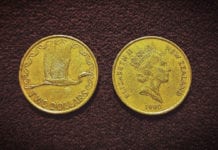