Think endless sunshine, glitzy skyscrapers and man-made islands, amazing job opportunities, great local travel and a surprisingly rich local culture and you have Dubai, perhaps one of the most popular expat destinations in the world, with expats making up 85 per cent of the population.

While Dubai offers high salaries and plenty of opportunity to save, the sheer weight of high-end goods and activates on offer can sometimes put a real dent in people’s savings. The Mercer Cost of Living Study 2019 showed Dubai rising from number 26 to number 21, meaning it is becoming a more expensive place to live. The other large city in the region, Abu Dhabi, also rose, moving from number 40 to 33, showing that prices in the United Arab Emirates are increasing.

That said, Dubai doesn’t charge tax on property, income or capital gains, which has a major effect on people’s earnings and currently it still doesn’t charge VAT. The local currency is the Arab Emirates Dirham, exchanged at an average rate of 4.50 AED to £1 and if you are offered a contract to move to Dubai, wages are normally generous.

However, if you’re asking yourself “Is Dubai expensive?” then read on to find out how much you’ll spend while living in this glamorous city.

The Largest Cost: Rent in Dubai

Of course, as with anywhere, rent in Dubai varies depending on where exactly you want to live. If you want a well-appointed modern apartment in a skyscraper in the centre, that will be more expensive than an apartment on the outskirts.

There are some key areas that have become very popular for the large expat community. According to livingindubai.org, if you want to be close to a thriving expat community then look at Dubai Marina or Jumeirah Beach Residence, where you should expect to pay around 100,000 to 140,000 AED (£20,000 to £29,000) annually. However if you head out further to the Al Qusais or Mirdif areas, you can cut that rental price in half for a two-bed flat, making the cost of living in Dubai much better. With such a buzzing expat community there are also plenty of opportunities to share if you would rather share costs between two or more people.

One thing to be aware of is that landlords and rental agencies will often ask for the entire year’s rent in one payment, as well as a security deposit. If your business if covering the cost of your housing, then this won’t be too much of an issue, but for private renters the large upfront payment has to be taken into account.

In the country of crude oil, the car is king. As would be expected. The distances across the city are large and many people choose to navigate them by car as public transport doesn’t cater to every area, which can mean traffic jams at certain times of the day.

Of course, buying a car is a large upfront cost, but there are other options such as renting on a monthly basis, or simply using taxi-hailing apps. Gulf News weighed up all options to find out which was best and came down the side of owning a car, but if you can’t afford the upfront cost it’s good to know there are other options when you are living in Dubai. The good news is, petrol is much cheaper than the UK, working out at half the price per litre.

Then there is the Dubai Metro, which consists of two lines, the red and green lines, with another one under construction. It is one of the most advanced rail systems in the world but doesn’t yet cover all areas. And there is also a tram system which connects with the metro. A monthly pass costs roughly 300 AED, which is about £65 – far cheaper than London for example.

In terms of costs like food, entertainment and activities, Dubai is reasonably expensive (but proportionally lower than rental costs). If you want to head out for dinners and lunches there are options to suit every pocket, although of course the glitzier options in international hotels and set on the waterfront will be at the higher end of the scale. Alcohol, however, is much more expensive side it is not something that local indulge in on the whole.

When it comes to buying groceries, you will find everything you need, but imported products are more expensive so it is worth buying local fruits, vegetable and nuts etc which are much cheaper. If you want to take advantage of Dubai’s huge malls, keep in mind that clothes and accessories can be a touch more expensive here than at home, and sometimes even more expensive that neighbouring Abu Dhabi, the same applies with cosmetics, sun cream and other toiletries.

If you want to enjoy the perks of expat life such as golf and tennis club membership and gyms you can expect varying prices, but on the whole they are slightly lower than in the UK, so start practising that swing!

Medical and Insurance Costs in Dubai

Many expats take out private insurance to ensure that they can have quick access to the high-quality healthcare system present in Dubai. Often if you are offered a job it will come with some sort of healthcare insurance included and you won’t have much choice about providers. According to guide2dubai.com you would expect to pay around 10,000 AED, a little over £2,200 a year for reasonably comprehensive medical insurance.

In general, expats living in Dubai can apply for a health card that permits you to a certain amount of free healthcare, but most expats also take out private insurance to cover all eventualities.

If you are looking to start a new life in Dubai, you can expect good salaries and minimal taxation, but rent will take up a little more than 30 per cent of your monthly wage. You should probably consider buying a car in the long term and the cost of going out and drinking alcohol is fairly high compared to back home. That said, compared to the likes of London, the cost of living in Dubai is well balanced.

Once you’ve worked out the cost of living in Dubai, the next step in moving overseas and becoming an expat is to think about how you’ll transfer all your belongings to Dubai. Get in touch with professional moving company 1st Move International, and let us take care of everything for you. Get in touch now. 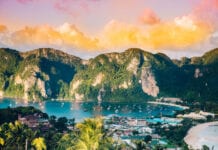 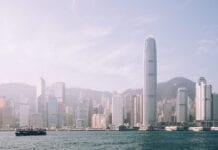 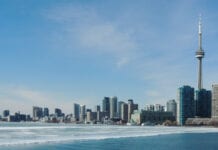 What You Need to Consider When Retiring Abroad