Canada offers a world-class education system. It is one of the many elements that add up to the high quality of life you can expect in the Great White North.

If you’re looking to move your family to Canada, you’ll be delighted to hear that the latest Organisation for Economic Co-operation and Development (OECD) Better Life Index puts Canada as a top-performing country in reading, literacy, maths and sciences. And the average student scoring of 523 is well above the OECD average of 486.

Canadian students also perform well across the board, regardless of socioeconomic status or whether they are First Nations or recent immigrants, with a policy of no student being left behind.

How Schools Differ From The UK

Public schools in Canada are not run at a national level, they are controlled by the country’s different provinces and territories, which means you will want to investigate the schools in the area in which you are planning to live as there are variations in policies and curriculums across the country.

The amount schools are run at a local level is often quite surprising for UK expats. Provinces are divided into school districts with a superintendent and locally-elected school board who help hire teachers and decide policies. Then at school level, there are Parent Advisory Councils that raise money to buy key equipment.

The structure of schooling is also different to the UK and has more in common with the US. Children start in junior kindergarten and then kindergarten, up to aged six, then they progress to elementary school until age 14 and on to high school, where they will earn their high school diploma.

A conclusive 90 per cent of Canadian students attend public school, although the number enrolling in private schools is growing.

One way of checking the standards of your local schools is through the reports produced by The Fraser Institute each year, rating public and private schools in each province.

When looking at the differences between each province and territory, the most obvious is between Quebec and the rest of the nation. In Quebec, French is the first language and there is a strong emphasis on teaching classes in French – meaning many expats with older children instead opt for private English-speaking schools – while in the rest of Canada, French is taught but general classes are all given in English.

There are other regional differences, too. While education is compulsory until the age of 16 in most provinces, in Manitoba, New Brunswick and Ontario, children have to stay in education until they are 18.

Admission to public schools is by catchment area, which is important to take into account when choosing where you want to live. Just as in other countries, property prices near good public schools are higher and there is a lot of competition to attend the best schools.

If you have a visa to work or study in Canada then your children are permitted to attend school without having to get a separate study permit. To enrol them, you simply need to contact your local school board. They often manage various schools at a time, so you may be given a choice of institutions.

While the majority of students in Canada attend public school, there are plenty of private options from faith schools to those catering to special needs and international schools too.

As with private schools in other countries, they are considered to have better teaching standards and facilities, with smaller class sizes and strong extra-curricular activities. They also set and follow their own curriculum.

However, it is still possible to compare them both with other private schools and their public counterparts using The Fraser Institute annual reports.

If you have older children and they want to go on to further education while you are in Canada, they won’t be short of choices. There are technical institutes and community colleges that offer more career-related courses lasting from one to three years, with many students choosing to study a two-year course at community college before heading to university.

There are also career colleges, which are privately owned and teach more practical skills such as IT and secretarial courses.

Then there are publicly-funded universities, where courses last from three to four years, and tuition fees vary. The fees are very affordable when compared with the UK and can range from around £1,500 to £5,000 a year, plus accommodation and text books.

There are also scholarships and awards available to help out with fees, as well as financial assistance. It is worth visiting the scholars4dev.com website to see if any of the opportunities apply to you, or reading more on the Canadian government education page. It is also worth looking in to whether you are eligible to apply for a loan from the National Student Loans Service Centre.

We hope you’ve found this guide useful. You can find more info on moving to Canada as an expat in our Canada expat guide.

If you’re planning a move, don’t forget we offer experienced international removals from the UK. 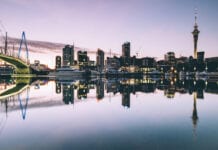 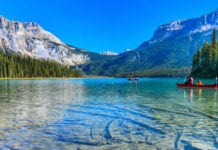 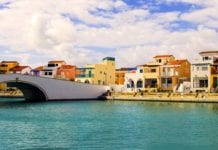