Moving to Canada? You might be surprised that even though we are both Commonwealth countries with cultures, peoples and values that may seem similar at first glance, the fact is that in reality, these countries definitely do have their differences when it comes to the ins and outs of everyday life.

For one, an overwhelming difference between the two countries is the simple issue of space. There is infinitely more space available in Canada, and therefore, things are bigger. The average family house is bigger, with more land surrounding it, and things are more spread out: the cities and towns seem to sprawl in every direction, making it almost a necessity to drive everywhere, even in the big cities.

In contrast, many UK cities make huge use of their public transport systems and try to be as economical with space as possible, with many city dwellings having little to no garden surrounding. So, for the amount of money you may spend on a small, two bedroom house in a nice suburb of London, you may find yourself able to purchase a house twice as big in suburban Vancouver.

Another noteworthy difference between the UK and Canada in everyday life, is the Americanisation of the way many Canadians eat, drink and shop. Huge Walmart, Costco and Canadian Superstore buildings are evident everywhere you go, providing shoppers with everything they might ever desire under one roof. On top of this, people will sit in the Drive Thru line at Tim Hortons for 15 minutes each morning if it means being able to drink their favourite brand of coffee.

In the UK, in contrast, there seems to be a lot more of a cultural value in shopping locally and supporting independent merchants. People in the UK will often still use a local florist or greengrocer over a chain store, and tiny independent coffee shops and pubs all over the country seem to be bustling with business.

These differences discussed may provide people with a change in their routines from one country to the other, but in the grand scheme of things, they are rather nominal. While the UK and Canada have differences, they also have a lot of similarities. Both countries have an incredible amount of opportunity, offering residents freedom to educate themselves well, worship religiously as they please, and providing people with a quality of life that is well above average in the world, making it an honour to live in or be part of either one. 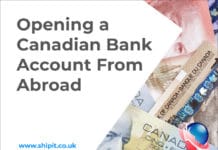 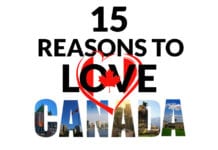 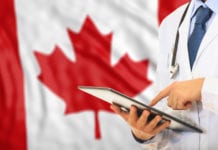 Getting to Grips with the US Education System

Kiwis Find a Way to Serve in Australian Defence Force

Things to do in Toronto