If all you know about the US comes from television and films then you really need to rethink your expectations of living in the US. America is a melting pot of different cultures and influences and it is possible to experience a completely different way of life from one state to another.

Traditionally Hispanics have accounted for the highest number of immigrants into America, giving some states a very Latin feel, although in recent years Asian immigrants have outnumbered them, making up almost 6% of the US population according to the Pew Research Center. In 2010 the top 5 countries from which new legal permanent residents originated were Mexico, China, India, Philippines and the Dominican Republic.

European immigrants largely come from Germany, Ireland, England and Italy and it was estimated in 2010 that nearly 73% of the total US population have their origins in Europe (2010 United States Census). This is why, so many Europeans move to the US as America does feel a little like home!

Expats from the UK may find products a lot cheaper over in America that at home and will also be surprised to find that even in the larger cities such as New York, you can get away from the bold and brash shopping malls and discover quaint little stores that haven’t changed since the city was first built. Frequenting your local shops and stores is a great way to meet the locals and be a part of the community. If you do happen to visit a US shopping mall you’ll find it akin almost to a giant theme park, providing everything that you could ever want and a few more things besides. If you’ve visited a huge shopping mall in the UK then try multiplying it by 10, throwing in a circus or two and making it much slicker and shinier and you’ll have some idea of what they are like!

Religion in the US

The main religion in the US is Christianity and you’ll find that some small towns can be quite fervent in their traditional beliefs with the church playing a prominent role in that community. A belief in God is still fundamental to around 70% of all Americans and may account for the quite traditional way of life.

Large parts of the rural South remain evangelistic whilst the North is largely catholic. Areas like Utah are inhabited by around 72% of Mormons and North Dakota has a good percentage of Lutherans. The larger cities are obviously more tolerant to all religions whilst smaller rural towns can hold strong religious opinions.

The Huffington Post has a good guide to the religion of many US states.

Not all food is fast food and not all restaurants are McDonalds. Due to the abundance of immigrants into America you can get a diverse range of food from European dishes to Mexican. American staple foods such as pizza, hotdogs, French fries, burritos etc, are all adaptations of food from other cultures. 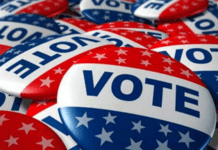 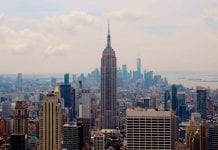 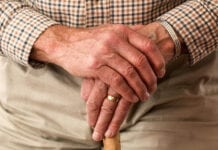 Trains, Buses and Cars: Key Facts About Travelling in the US

Pensions for Expats in Australia