1st Move Blog
Other Articles Got The Brexit Blues? Leave Europe Yourself For an Instant Pay Rise! 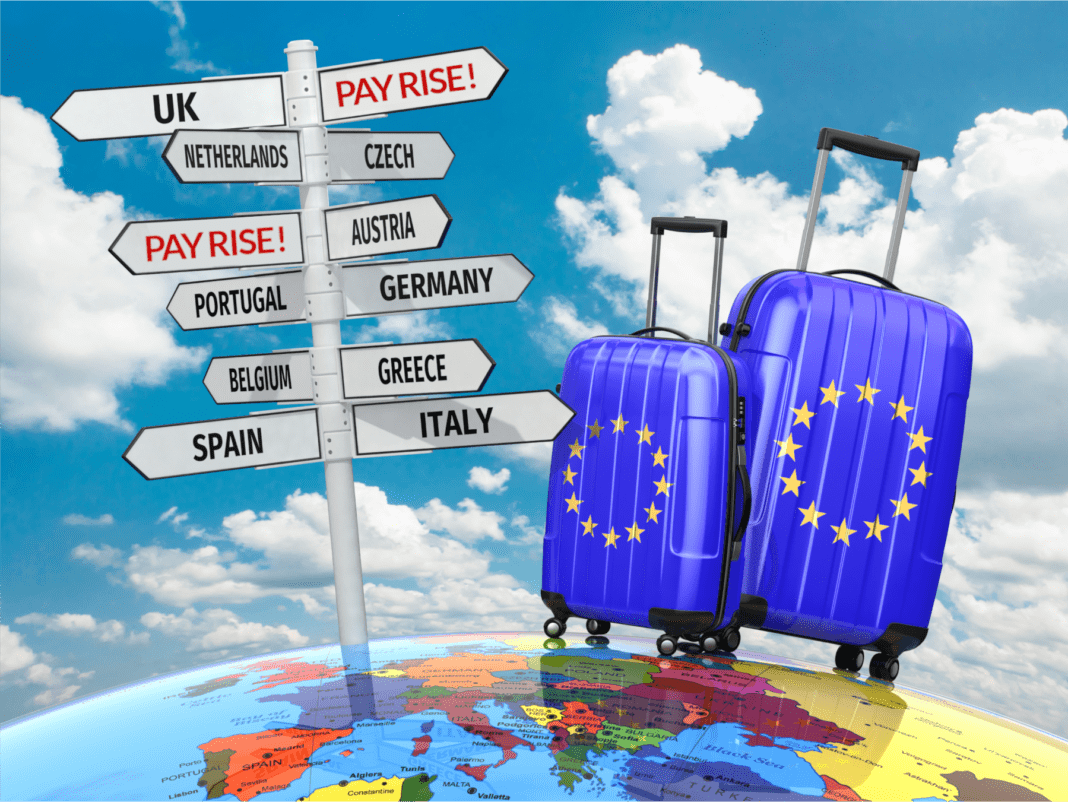 If you’re growing tired of seeing Brexit plastered all over the news every day, you’re not alone. Many Brits have just about had enough of the never-ending debate set into motion by the EU referendum over 3 years ago…

At this point, a lot of us just want this chaos to be done with. However, the uncertainty over if, when and how Brexit will take place still looms overhead.

Surprisingly, the results of a recent study conducted here at 1st Move International suggest that, as a Brit, you may be better off taking fate into your own hands and leaving the EU yourself! A personal Brexit, if you will.

Our study has revealed the best countries to relocate to for a guaranteed salary increase based on your current job and, surprisingly, the top 5 highest paying countries are outside of the EU.

We looked at a wide variety of job roles including lawyers, mechanics, programmers, marketing & sales directors, chefs, butchers, architects, receptionists, bar staff and many, many more. We then compared the average salaries for these roles with over 20 different key countries across the globe.

On average, the top 5 countries with the highest average salaries across the board are:

This list continues in the infographic below, where you can also see the top 10 worst performing countries:

The next image shows the countries with the largest salary increase compared to the UK. Again, 4 of the top 5 countries here are outside of the EU. You can also see the 10 worst performing countries as well:

As we delve deeper into the results below, you’d be amazed at some of the differences in expected salaries between the UK and elsewhere, and how much more you could be earning by moving abroad, and perhaps even away from Europe.

For example, one of the most prominent figures is that of Doctors’ salaries. In the UK, on average you’d expect to earn roughly £47,058 a year as a Doctor. If you chose to move to the USA, this figure could see a 321% rise, bumping your salary up to a whopping £155,981. That’s a difference of over £100k!

Similarly, Programmers and Software Engineers also see a large rise compared to the States. In the UK, this role could earn you around £31,712 on average. Compare that to £89,057 in the US for an increase of 180.83%.

Another startling finding arises when looking at aircraft pilot salaries. Some pilots can expect to earn a massive £256k in China, which amounts to an increase of 327% compared to the £60k you’d expect to get back home!

See below for the full list of country/job combinations that pay the most compared to the UK:

As you can see, Switzerland and the USA consistently have the highest salary increases across many of the jobs listed.

Below is our list of country/job combinations that pay the least when compared with the UK.

When looking at these results, there are a few things to consider… Countries such as Argentina and India are less developed, so we expect them to show up often when looking at the lowest salaries. The cost of living will also be dramatically lower in these countries and as such this doesn’t give the best comparison. To make this data more useful we have removed some of these outliers.

Here India, China, Russian and South Africa are the worst performers. For the most part, this isn’t much of a surprise and only confirms that, naturally, less developed counties pay less.

From these results it’s clear that in a lot of cases, moving abroad, or even out of the EU altogether could be a great step for your career! So, why wait for the UK to sort out this mess when you could take matters into your own hands, leave the EU yourself and potentially boost your career… and your pocket!